Independence School District Culinary and Management Teams placed among the top teams at the Missouri ProStart Invitational in Springfield on February 21st. The district’s first Management Team placed third and the Culinary Team placed fifth out of 18 Missouri school districts.

The culinary had one hour to prepare an appetizer, entree and dessert. The team’s menu included pan seared scallops with a creamy butter sauce over arugula dressed in rosemary vinaigrette, braised duck breast accompanied by a sweet orange reduction served with roasted red potatoes and sauteed mushrooms, carrots and arugula and an almond cake with almond nougatine, panna cotta and a raspberry coulis. 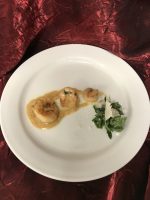 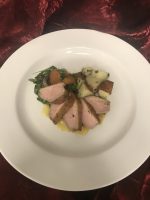 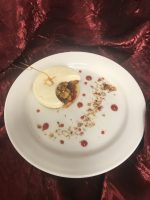 The management team developed a business plan consisting of restaurant concept, advertising, menu and floor plan and presented their plan to a panel of judges from the industry. This is the first time the ISD competed as a management team.

Watch as students prepared for the competition here: